Today kicks off what started as one blog, but has turned into three. So if at the end of today’s, you feel like I’m still cynical, it’s because I probably am, but also because it continues. Will you stay with me?

I sat alone at church a couple of weeks ago. The friends I usually sit with weren’t there, so it was just me. This doesn’t happen often, but it seems to happen on the hard weeks, the weeks when I’m feeling particularly lonely, like everyone in the world has someone but me.

I’m single. No, it’s not the defining characteristic of my life. I’m also blonde, 5’5, 25 years old, a runner, an adoption advocate, a verbal processor, an avid reader, a margarita lover, a daughter, a sister and a friend. But, if those who are married define themselves as married before most other things that are also true of themselves, then we can’t expect anything else from those who are single. It’s how we’ve been conditioned, inside and outside of the church.

I’m pretty vocal about the difficulties of being single. Because it is hard. And yet sometimes when I share these difficulties, married people dismiss them. The dismissal may be harder than the initial feelings of loneliness.

Believe me, as if I haven’t heard this from every single married friend, it is also published weekly on Christian websites. In fact, maybe none of us should get married since it’s so hard.

“Getting married wouldn’t fix all your problems.”

“You just need to put yourself out there.”

Out where? By going to bars? Online dating? Are there other ways to meet people? How about I tell others what they need to do. Do we think that will go over well? I am open for suggestions on how to meet other single Christians, is there a secret place where they all hang out?

“But you have so much freedom; enjoy it while you can.”

I sometimes feel like this one takes married people off the hook. It’s like marriage makes people busy and lessens the responsibility for shouldering kingdom work. I do have freedom, but I still work 40 hours a week, have friends and responsibilities.

Real life, no one has ever told me this, but my best friend who is amazing in the kitchen gets it all the time. What does that say about the qualities we think a wife should have or not have?

“You just need to content in singleness, then God will bring you a spouse.”

Can we agree this should never come out of a person’s mouth? It is not beneficial, and it also assumes that the single person isn’t content and that all married people are. Additionally, this is NOT one of God’s promises to His Beloved.

If I sound snippy, maybe I am. But, I also know how hearing these comments have affected my heart, and the way I view singleness. When our words are dismissed because maybe we’re overreacting or maybe it’s not really as bad as other think it is, that dismissal of words feels like a dismissal of our experience. And when my experience has been dismissed, I lean out of the vulnerability.

For example, I’ve been told these things often enough that sometimes, even when I’m in a safe space, I don’t know how to talk about what’s going on in my heart. So, I feed these lines back to people.

“I’m just thankful that I was able to travel so much this spring, it’s the freedom that comes with singleness.”

“Marriage must be so hard, I can’t imagine what you’re going through.”

“I’m grateful for the ways that God is trying to teach me contentment deep down in my soul.” (“Because if I was content, I’d be married, right?” Is the second, unspoken part of that statement.)

But here’s the thing:

I’m not single because of unrepentant sin of discontentment.

I’m not single because there’s something terribly wrong with me.

I’m not single because God wants to teach me a lesson.

I’m not single because life ends when you get married, and God wants me to soak up all the freedom before He brings someone into my life.

But it doesn’t change the feelings. 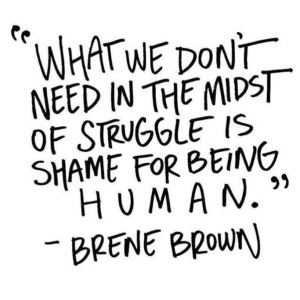 One thought on “Being Single: How it Feels”