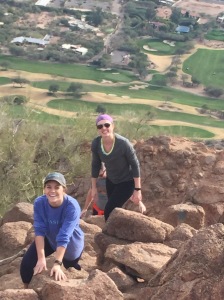 In January, I was in Phoenix for a girls weekend with two of my closest girlfriends. We wanted to experience Phoenix, so we climbed a mountain. What you should know is that we’re all pretty fit women, but on any given day, at least two of us, me being one of them, would rather shop than hike (#sorrynotsorry).

But, we were in the middle of a desert in Arizona, so we decided try something new, something uniquely Phoenix.

The sign classifying the hike as “Extremely Difficult” should have been our first hint, but we laughed it off and kept walking. It was hard. So hard that had we known how difficult it would be, we probably wouldn’t have done it. But, when you’ve been hiking for over an hour and the people around you keep telling you that you’re almost there, you pull yourself up over the rock. You keep going.

We were invested and stubborn so we choose not to walk away. We had gone all in and we weren’t turning back.

I think this is how Peter and the disciples must have felt in John 6. After sharing some hard truth, Jesus is abandoned by a crowd. He then looks to his disciples and says, “You do not want to leave, too, do you?”

Peter responds, “Lord, to whom shall we go? You have the words of eternal life. We believe and know that you are the Holy One of God” (John 6:60-69 paraphrased).

They were invested, they had experienced a taste of the abundant life, and they couldn’t bring themselves to walk away. They were all in and they weren’t turning back.

Our group of friends has been hit hard recently. Between us, in the last several months, we have had sick parents, relatives pass away, doubt over calling, and unmet expectations. We have been on the receiving end on the desperate texts asking for prayer because present circumstances became more than we could handle on our own. We have sent gifts, brought meals and most importantly – hoped and believed on each other’s behalf.

And yet, in the midst of the hard and the heartbreaking, we have much to celebrate.  This year we are thankful for weddings, new jobs, pregnancy, graduations, and exciting ministry opportunities. We are planning our second annual Friendcation and dreaming of what the future holds.

Jesus’ death on the cross was brutal, but it was also beautiful.

The Christian life is allowing two opposites to be held in tension – it’s painfully hard, but unbelievably good.

Once you have seen the beauty from the brokenness, felt the joy in the midst of suffering, experienced the healing while still in pain, you find yourself in Peter’s shoes. You know that even when it’s hard, more difficult than you thought it would be, you can’t imagine looking to anything else.

After you’ve experienced the abundant life, even when it gets hard, and you want to walk away, you can’t bring yourself to do it. You’ve gone all in. There’s no turning back. 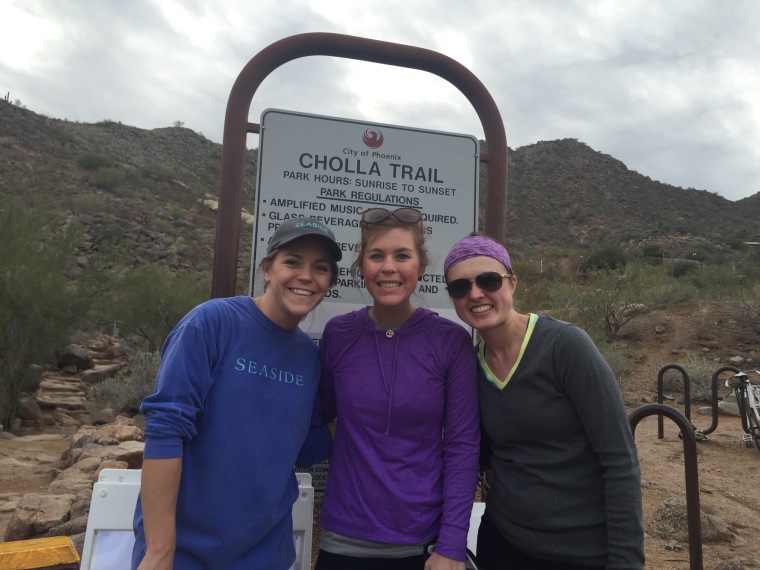 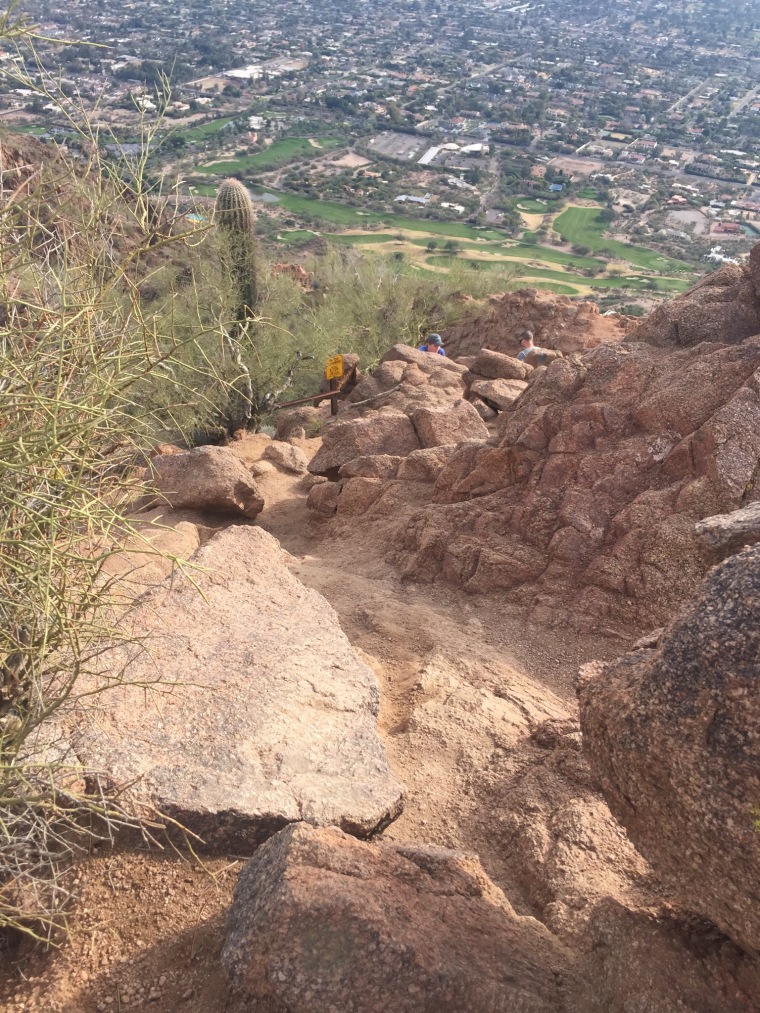